Showing posts from September, 2017
Show all

Free Sample Friday is sending you to Hell 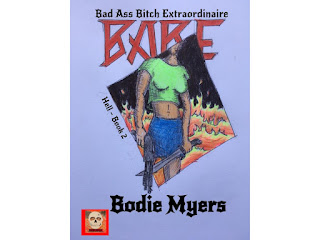 Free sample Friday is back with a taste of hard rocking hard boiled hyper violent action horror with a touch of western thrown in that is Bodies Myers second entry in the Hell Series Bad Ass Bitch Extraordinaire coming next week. Enjoy The cook did his best to get the meat on the plate not to look like a rodent. He did not do much for the taste. I guess Dex had never gotten to Denny’s Damnation Diner ( or as it was known to most, just Denny’s), because Denny could make a rat seem like fine dining. It was, however still edible, and the whiskey helped. Even sub par rodent was better than eating snake or a person, which were the only other choices most of the time. “Tell me about the Mitchell brothers,” I said to them between bites. When my plate was clean I planned on leaving, whether I was going to visit the brothers or just continue going where the road would take me depended on what they told me. Before they could answer there was a scream coming from upstairs. A half
Post a Comment
Read more
More posts