Showing posts from September, 2019
Show all

Free Sample Sunday, why the Hell not? 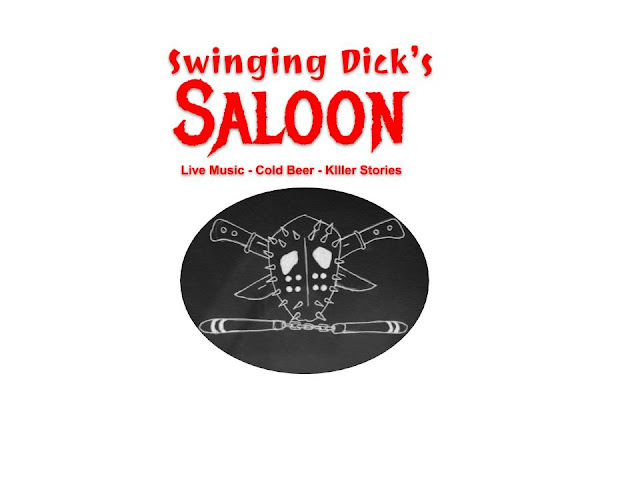 Just a little taste of what they're serving over at Swinging Dick's Saloon . “Start the night drinking at a place like Dick’s and you never know where the night is going to take you next.” Slim (name redacted) former bartender, Swinging Dick’s Saloon        Dirty Jokes and Violence  Todd Morr "Survey says: Nine out of ten people will enjoy this gang rape."  The four men gathered around the table drinking weak American beers and doing shots of strong American whiskey laughed. This was a foursome who could appreciate a good, or even a mediocre, rape joke. One man found this so funny he spit out a mouthful of Pabst Blue ribbon onto the tall round table. The table laughed again, especially Dusk who showed some pride in being able to make a man laugh so hard he would waste a mouthful of Pabst Blue Ribbon.  Deke was there for the joke teller, Blake Randusky, Dusk to his friends, a piece of shit as far as the rest of the world was concerned. De
Post a Comment
Read more

Free Sample Saturday is Back, Bitches

This week we're bringing you a sample from A Night at Swinging Dick's Saloon Enjoy. “Swinging DIcks Saloon might not be the kind of place where everybody knows your name but it is the kind of place where a guy can hang out tell bad jokes with his pals or maybe even meet a hooker who at least has the decency to pretend she has a heart of gold." Slim (name redacted) former bartender, Swinging Dicks Saloon Urayull Bodie Myers “How did you lose your arm?” The man with the long beard gave Drew an odd look which made Drew immediately regret asking the old man whose right arm ended just below the elbow what happened. If he hadn’t been trying to impress Jenny he would have let the guy alone. “I never lost my arm.” the old guy said as he used his good hand to sip some of his pint of the yellow swill found only on the taps of Swinging Dicks Saloon known as Red White and Blue beer. Drew nodded. The last thing he wanted to after finally gett
Post a Comment
Read more
More posts