To celebrate our new release Bad Ass Bitch Extraordinaire - Hell Book 2 (B,A,B.E for short) by Bodie Myers (something of a hybrid himself) we are again talking about, something that is not books. B.A.B.E. like it predecessor The Walking Funeral is a genre jumping novel with elements of the supernatural, some hard boiled noir, a touch of horror and loads of flat out action. Even a bit of humor is mixed in there. Just make things fun B.A.B.E throws in a little Western flavor and some Mad Max road trip fun, all with a feminist touch. So, we are busting out our semi-regular five cool things column looking at some hybrid horror movies. We’ve left out comedies, just because, so sorry Shawn of the Dead and Tucker and Dale Vs. Evil. Maybe we will get to you next time.

“You know what the kids love? Martial arts pictures. Especially ones with white guys dressed like cowboys. You know what else they love? Slasher movies.” The other replied, “What if we had a slasher movie where instead of chasing down a screaming teenage girl the killer hunts, say Chuck Norris?”“Sounds awesome, throw in Flounder from Animal House and I smell a hit*.”


Thus Silent Rage was born. It was literally marketed as Chuck Norris vs. Michael Myers, and yes Stephen Furst, Flounder from Animal House plays Chuck’s side kick and, I guess, Jar Jar Binks like comic relief*. Like just about all Chuck Norris movies it works when he delivering roundhouse kicks but doesn’t when he isn’t. The ‘horror’ parts are mediocre at best, the killer is bland and the time spent explaining why the quiet psychopath is an unstoppable killing machine don’t help. However the scene where the Chuckster takes down a dozen or so bikers is seriously one of his best action sequences ever. When he gets down to using those martial arts skills to try and stop the bland killer it becomes good fun. This is not one of the great movies of all time, but, if they could have given the killer a good name or nickname (Chucky, Freddie, Jason, ect.) this could have been a franchise.  In the age of reboots this one is due, it seems rebooting flawed flicks with potential would be a much better use of time and money than fucking up classics. Plus, who wouldn’t want to see Jason Statham* vs. Jason Voorhese or Freddie vs. Fat Steven Seagal?

Disagree? Well you're wrong, but feel free to tell us about it. Also, during Halloween season remember the knife wielding psycho killer never kills the kid who reads. Be that kid. 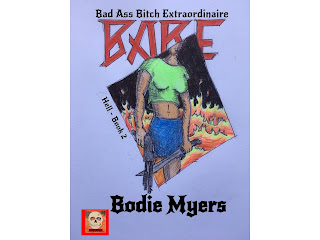 
*Strangely perhaps the longest stretch of PG rated film in FDTD takes place right here, during a striptease.
* From Dusk till Dawn 2 kind of took the Parker vs, Vampires  concept on by having the vampires show up during a heist.
* I would totally watch this movie and have not doubts it would be better than the Red Dawn reboot.
* I’d like to think Arniold and Jamie Lee Curtis bonded over this on the set of True Lies.
* He’s, wait for it... a hybrid.
“ Not a hit.
* If only Jar Jar had met the same fate as Deputy Flounder.


* By rule we must mention Jason Statham. Also, it is part of the 10th Rule drinking game. Everyone take a shot, do it. Now.