Once again disappointed his dad didn't
Make the list.

Parenting is hard. Mistakes are going to be made but you have to take the good with the bad.
We give you six Underrated Bad-Ass Dads for fathers day. Sure, you might think they are all terrible, but
as usual, you’re wrong.

Cons - Wants to kill half the living things in the universe. Willing to murder his favorite daughter.
Pros - He’s goal-oriented, resilient, and focused and he passed these traits to his kids (okay
their goal is to stop him and kill him but still). Sure his unconventional parenting may have not been
the best way to go about it (one kid is half cyborg and they both want to kill him) but there is no question
he didn’t raise a couple of totally badass daughters. Sure your dad didn’t kill you or make you fight
your sister and then take body parts from the loser, but can he kick the Hulks ass? No, he can’t.

Walter White - Breaking Bad
"I am the one who Knocks."
Cons -  Murder happy drug dealer. Meth, even if it is blue, is awful for human beings.Pros - He was really good at this job (murdering Meth cook) and made it to the top of his profession. Getting to the top of any profession is difficult making him an excellent role model. Sure his claims of selflessness were bullshit ("I did it for me") but he did leave them a shit ton of money and that one time he bought Flynn (Walt Junior) a totally bitching muscle car. As cool as your dad might be is he the one who knocks? No, he isn't.Darth Vader - Star Wars
"If only you knew the power of the dark side."Cons - Evil as fuck, once killed a whole planet. Total deadbeat dad.Pros - Offered Luke a chance to rule the Galaxy with him as father and son. Sure your dad may have been there while you grew up and he didn't kill a whole fucking planet but he never gave you an opportunity to rule the galaxy.Rick Sanchez - Rick and Morty"Listen, I'm not the nicest guy in the universe because I'm the smartest and being nice is something stupid people do to hedge their bets."ranscripts.foreverdreaming.org/viewtopic.php?f=364&t=22861Cons - an alcoholic sociopath.Pros - total genius who spends a ton of quality time with his grandkids. Not just quality time, but takes them on totally awesome adventures. Also, gets drunk with his adult daughter and treats her loser husband with the respect he deserves (none). Sure your Grandad was/is nicer but did he ever take you to another world to participate in a purge or buy you a sex robot? No, he didn't.Big Daddy/ Damon McCready - Kick-Ass"700 miles an hour. So, at close range like this, the force is gonna take you off your feet for sure, but it's really no more painful than a punch to the chest."Cons - Turned his daughter into a murderous fouled mouther vigilante in silly clothes and got himself murdered by a mobster when she was barely a teen.Pros - Single parent who dedicated his life to helping his daughter reach her potential (and revenge). Raised a superhero. Sure your dad never shot you in the chest, but he did he get you a jetpack with twin machine guns? or even a cool butterfly knife? Nope.Ra's A Gul - The Nolan Batman Trilogy
"You must become more than a man in the mind of your opponent."Cons - Spent most of his time leading the evil League of Shadows and had a strange obsession with destroying a city half a world away for at best questionable reasons. Let his daughter be born in the pit.Pros - Though he seemed to be pretty much a deadbeat dad (I don't think Talia had a room at the League of Shadows mountain hideout) and he left his family in an underground prison he sure inspired loyalty and dedication. Why would his super hot and super smart daughter buy into his obsession with destroying Gotham when she could literally be doing anything else. Most parents have trouble getting their kids to clean their fucking room and this guy gets his kid to damn near pull off destroying Gotham for no good reason (unlike the room which is a fucking mess). Parents all over the world want to know his secret. I'm sure your dad taught you some things but did your dad train Batman? No, he did not.

Like any good dad what all these guys have in common is a love for Pulp Fiction that skips the boring parts. Your dad does too.
Maybe he can't actually close down bars anymore (you know because of parenting) but he can hang out at Swinging Dick's Saloon all he wants without having to explain why he's stumbling in at 2 in the morning or maybe he more a Rock -n- Noirror type of guy.
Maybe go old school and take the old man to The Drive-In for a horror-filled double feature.
If things aren't on the best of terms we'd understand if you told him to go to Hell.

Of course, if you want to just get Dad a card and get all these cool books for yourself we won't tell. 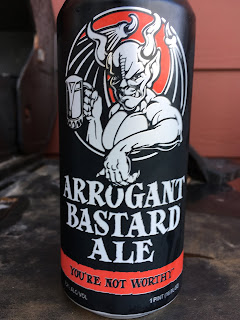 Either way, get dad a beer. He deserves it.