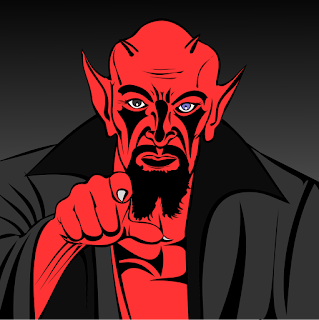 Yes Brothers and Sisters, what you've heard is true.

The Dark Lord Satan (to be fair it could have been the Dark Lord Stan, either way, it's only one letter different) came to me. It was sort of like when the other guy (God or some shit like that) came to televangelist Jessie Duplantis and told him he needed his followers to give him money so he could get a private jet or when God told Oral Roberts* he needed to come up with 8 million dollars* or God would kill him.

Satan (or Stan) isn't near as demanding. He just wants us to cover the bar tab we ran up while drinking with him a couple of weeks ago* or he is going to send us 'home'*.  He was also clear we shouldn't go begging like junkies or selling some bullshit holy water for it. If we even brought up some nonsense like 'prosperity gospel' he would kick our ass.*

So, to satisfy the dark lord's demands we have to sell books. A lot of books, because we drink too much. Luckily we publish books, damn good ones, like the Dark Lord's favorite (because it takes place in his hometown) The Walking Funeral - Hell Book 1 or it's sequel Bad Ass Bitch Extraordinaire - Hell Book 2. To make the dark lord happy both paperbacks are $6.66 that's right an actual physical bit of dead trees and dye for only six dollars and sixty-six cents. For that price both Satan and Stan want to know what the fuck you're waiting for.*

Cool, you might ask but what if I want to save you from damnation* by reading some bad-ass noir from Central California for only the number of the beast in American dollars? Well, you can, or get the Bakersfield sound of low life lit on the Kindle for only three bucks. 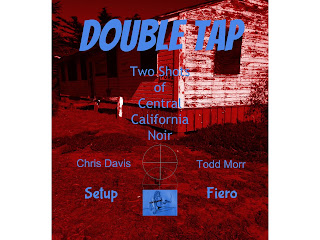 Yep, Captain Cooker and it's follow up Best Laid Plans of Idiots and Fuck-Ups are available at number of the beast pricing as well. Yep, people who have embraced technology, they're on Kindle as well, get them Here or Here. 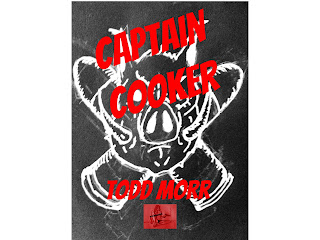 Of course, some of you are not willing to bet 6.66 (or less for an e-book) that our books are worth it (we know you don't really care if we can pay the Dark Lords bar tab) so we are offering a free Kindle book to anyone willing to sign up for our very sporadic but totally awesome newsletter. Just e-mail us at 10thrulebooks@gmail.com and tell us which of our titles you want (Find them all here). Seriously, just to occasionally get news and announcements from us we will give you a book.*

So, help us out, the weekend is coming and the chances we might run up Satan's bar tab* (or Stan's) again are high.


*Best gay porn name ever
*God is totally gangster sometimes
*Some deities show up in dreams, or after prayer and meditation but the Dark Lord will just show up at the bar
*I think he wasn't using 'home' as a metaphor for death as much as he was saying we had to go home and couldn't hang out with him at the bar. Which would suck because he tells the best stories and we can usually get him to pay. Of course, he is the Dark Lord so maybe he meant death.
*Dude has like hooves, you don't want to get kicked by him. Even in the ass. Also, anyone bringing up prosperity gospel except to make fun of it should get an ass-kicking.
*Dark Lords are not known for their patience.
*Or having to go home before last call
*If you left a review after reading it that would be cool, hopefully, a good one, but if you hated it and can be creative in telling the world why, we would be cool with it
*The name of my next band 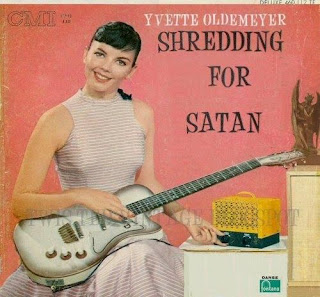 Maybe I can get Yvette to sit in